Back to all posts

You Can Be an Entrepreneur! Period. 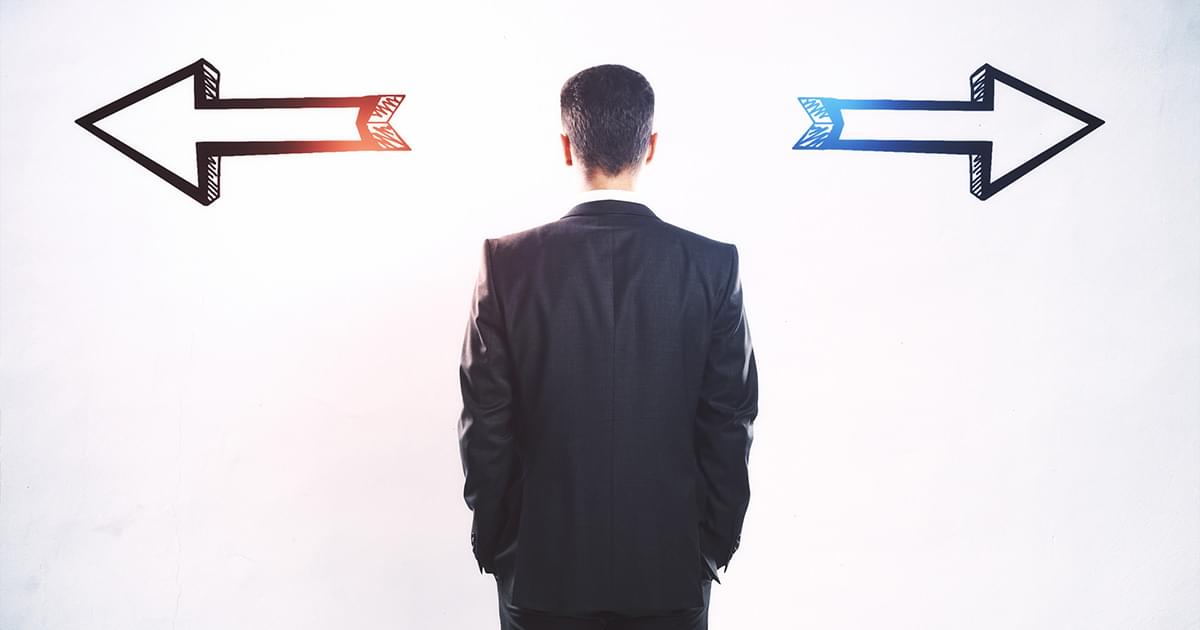 The Fundamental Necessary Condition to Be an Entrepreneur

In 2006 Carol Dweck - a professor of psychology at Stanford University released her seminal book Mindset: The New Psychology of Success. In it Prof. Dweck distinguishes between two types of mindsets that she calls the fixed mindset and the growth mindset. What do these two mean?

At a very high level a person employing a fixed mindset views intelligence, abilities, and talents as innate fixed traits. In other words you are as smart and as gifted as you have been born and you cannot do anything about changing that. On the other hand a person with a growth mindset views intelligence, abilities, and talents as learnable and capable of improvement through dedicated, deliberate effort.

OK, but why do these matter? This simple difference in how we see ourselves and the other people around us has a profound effect on our life. The quickest way to observe these effects is by looking at how people employing the different mindsets view failure. If a person is with a fixed mindset to them “to fail” equals “I’m a failure”. Why? Because they believe that they are as smart as they have been born and that they cannot do anything about improving themselves. On the other hand a person with a growth mindset looks at failures as opportunities to learn and improve.

And there is one more consequence (second order effect) - people employing a fixed mindset try to avoid failure at any cost. That results in doing things that are almost 100% risk-free and typically are neither exciting nor valuable. On the other end of the spectrum - people with a growth mindset are not afraid to fail and aim to learn from their failures and to avoid repeating them. 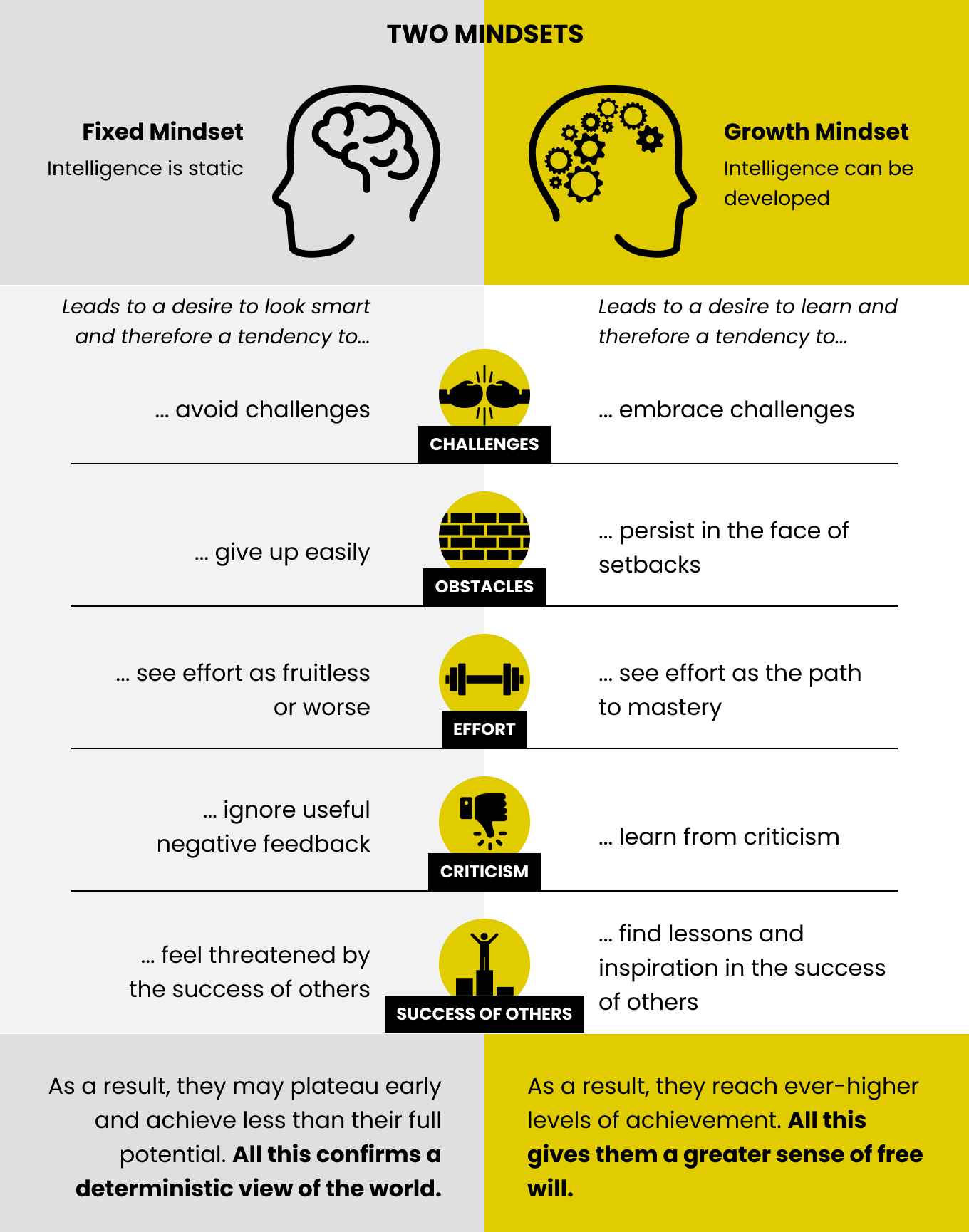 Can I Employ a Growth Mindset?

A very important question! Here I think you might be surprised. As explained by prof. Dweck, the type of mindset is actually a choice. It is how you choose to look at yourself (and at others!) and your abilities. And once you have the right mindset, the only other thing required is for you to be ready to actually put in the needed deliberate effort.

Especially in entrepreneurship where you have to constantly discover things (i.e. find things that you haven’t been aware of upfront) you have to accept that you will be wrong more often than not. And that’s normal, natural and most probably if it is not the case chances are you are doing something wrong. That’s just the name of the game. And the attitude toward the whole entrepreneurship exercise should be: framing assumptions (instead of “I know it all” facts) -> experimentation (instead of insisting on your opinion) -> learning (instead of giving up with random “outside-of-me” excuses).

From Impossible to Hard

Until now I hope that we are clear on:

Now, I want to ask you to zoom out with me and think for a second on the bigger picture and the difference between “impossible” and “hard”. If a person considers something as impossible, chances are they would not even bother trying to achieve that something. However, at the second something transitions from being impossible to possible, regardless whether it would be hard to achieve or not, that completely changes and actually rewrites the situation.

Choosing the growth mindset will have a paramount impact on what you consider impossible and hard. And in order to achieve big things you have to firstly believe that they are possible.

Why We Called Ourselves Icanpreneur?

I guess that so far it has become obvious where the name of our company came from and what it stands for. We are deep believers in the growth mindset and that everyone, absolutely everyone can achieve anything as long as they are ready to actually put in the needed deliberate effort. As a testament of that, we engraved the growth mindset into our name because we believe that everyone can be successful entrepreneurs. Our goal is to build the best possible platform and community of growth mindset entrepreneurs that will proudly call themselves I-can-preneurs!